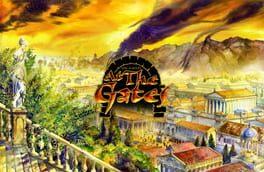 At The Gates is an empire builder. If you're unfamiliar with the genre, a good example is Sid Meier's Civilization. Starting with a small tribe, you must explore the world, exploit its scarce resources, and eliminate or outsmart potential enemies. The decisions you make start off simple but grow in complexity until you command a mighty economic and military powerhouse.

Over the course of a single game your tribe will migrate to more lush and bountiful lands, conquer and barter with other clans, work alongside the Romans, learn from them... and finally destroy them. Along the way, you'll need to master the art of war and craft cunning plans to strengthen your kingdom - all while enduring the worst mother nature can throw at you.