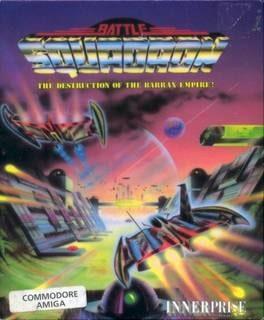 The destruction of the Barrax Empire...

A Whirling Barra ship darts out from the recesses of a dark spiral cave and attacks from the left. You bank hard to escape, but a "chameleon" attacker suddenly appears on the right. The battle is just beginning and this will become your easiest challenge! The toughest opposition awaits!

The year is 2400 AD. You have led the squadron to the home planet of the Barrax Empire, prepared to avenge their devastating attack on Earth. Armed with weapons specifically designed for this alien environment, you hope your combat skills are up to the task.