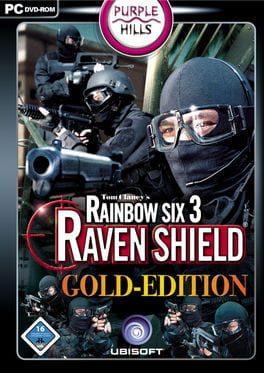 Raven Shield:
Command an elite multinational squad of special operatives against hidden terrorist forces. In Tom Clancy's Rainbow Six 3: Raven Shield, the third installment to the wildly popular Rainbow Six series, Team Rainbow faces the hidden global forces of a new and secretive foe. Command Rainbow in a race against time - in locations including England, Norway, the Caribbean islands, and Rio de Janeiro during Carnaval - to stop a madman and his doomsday plot.

Athena Sword:
Command the world's most elite force of multinational counter-terrorist operatives in their latest mission. Track the desperate remnants of the international terror network from Tom Clancy's Rainbow Six® 3: Raven Shield™ into the exotic regions of the Mediterranean and prevent their mad agenda of international anarchy and devastation.

Rainbow Six 3 Gold Download Features:
Pick your team members, assembled from the best counter-terrorism and military units from around the world. Then outfit them with the right armor, weapons, and high-technology equipment for the mission at hand.

After equipping your team, plot out the assault of the target area on the map interface. Lay out a plan for each squad to maximize surprise, stealth, and safety.

After all the planning - execute! In first-person mode, lead one squad or control all three through different radio commands and signals. Enter and clear a room of terrorists, rescue hostages, defuse bombs, and recover vital intelligence to help you in later missions.

All-new eight-mission campaign in locations from Italy and Croatia to Greece.

Seven additional real-world weapons (for a total of 64) with sound effects from the team that worked on the blockbuster movie The Matrix.