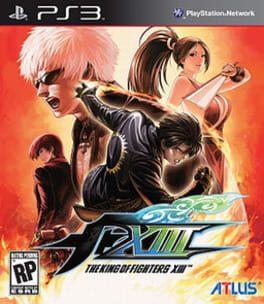 The King of Fighters XIII (ザ・キング・オブ・ファイターズ XIII?) is a fighting game in the The King of Fighters series, developed and published by SNK Playmore originally in 2010. King of Fighters XIII was released for Japanese arcades on July 14, 2010, while ports for the Xbox 360 and PlayStation 3 were during late 2011 in Japan and English regions, with Atlus and Rising Star Games being in charge of releasing them in the United States and Europe respectively. Mobile versions for the iOS and Android operating systems followed in 2011–2012. A PC version was released on Steam on September 13, 2013. Critical reception has been positive and the game has either won or been nominated to multiple Game of the Year type awards.

Released after The King of Fighters XII, the game was directed by Kei Yamamoto who wanted to bring elements from prior The King of Fighters titles and fix issues from the prior game. This title significantly modifies the gameplay from its predecessor, removing some modes, and adding ones formerly used in the series. It also expands the character roster, re-grouping the playable characters into three-member teams as in the prior installments. The ports are notable for including more content than the original version such as new characters, stages and game modes.