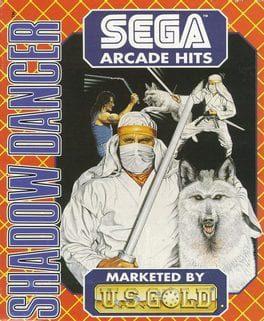 The play mechanics of Shadow Dancer are not much different from the arcade version of the original Shinobi. The controls and almost all of the player's moves from the original Shinobi are present here as well. The biggest change is the addition of a canine companion that follows the protagonist around. When the dog barks towards an enemy, the player can sic the dog on the enemy by holding down the attack button and releasing it, allowing the player an opportunity to attack the enemy while he's being bitten by the dog. However, if the player takes too long to attack the bitten enemy or the enemy has a strong defense, then the dog will be hurt and he will turn into a harmless pup and will remain in that form until the player acquires the next time bomb or finishes the stage. The dog does not appear during boss battles.

The player's weapons consists of an unlimited supply of shurikens and a sword which is used when adjacent to an enemy. When the player collects half of the time bombs in each stage, stronger weapons are granted until the player finishes the stage or loses a life. The player can also use from one of three random "Ninja Magic" spells that will clear the entire screen of enemies. Normally, these spells can only be used once per stage, but if the player inserts another credit after getting a Game Over and continues, the protagonist will restart with two units instead of one. If the player completes a stage without using shurikens or spells, bonus points are awarded.

There are four different missions, consisting of three stages for the first mission and four stages each for the remaining three. In the first few stages of each mission, the player must collect a certain amount of time bombs scattered throughout the stage in order to proceed to the goal. The final stage in each mission is a confrontation between the player and the boss. Between missions, the player will participate in a bonus stage where (from the character's perspective) an army of ninjas dropping down from a building must be shot down. If the player successfully completes a bonus round, an extra life is awarded.