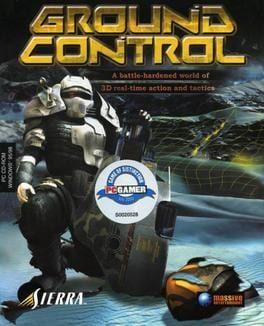 Ground Control is set in the 25th century. Mankind emerged from the devastation of the Third World War (known in the game as "The Sixteen-minutes War", which almost wiped out the whole of humanity) and managed to colonize several planets across the galaxy. The Earth is ruled by a council called GCC (Global Central Command) that is formed by elected representatives and representatives of the mega corporations which rose to power after the fall of the Terran nations.
The game's plot revolves around the conflict between the Crayven Corporation and the Order of the New Dawn for the possession of the distant world of Krig 7-B. In the beginning of the game, the player assumes the role of Major Sarah Parker of the Crayven Corporation as she leads the Crayven forces in order to eliminate the presence of the "Dawnies" (her derogatory nickname in reference to followers of the Order). In the second campaign, the player assumes control of Deacon Jarred Stone in his attempt to drive the "Crays" from the surface of Krig 7-B. During the course of the campaign, however, both characters unravel a dark secret hidden within the depths of the planet, a secret that threatens all mankind, and turns out to be the reason for such interest in what seems to be a desolate fringe world.

Currently no of our shops has listed Ground Control as available. · 90/100 based on 1 game critics