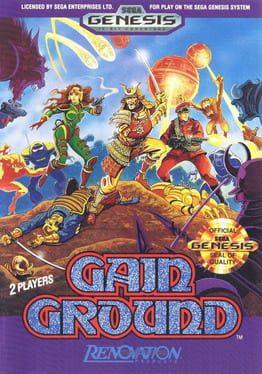 In Gain Ground, players control one of a set of characters at a time. There are twenty characters, each with different weapons. To beat a level, players must reach the exit point with at least one character or destroy all enemies on the level before time runs out.

The game is over when all controlled characters in the party are killed without any reaching the exit. However, there are three continues which allow a player to restart the level with their original three characters.