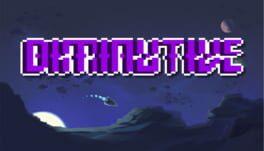 With our price comparison you find all Diminutive CD Keys and prices from CD Code Stores. Compare Diminutive for the best price. Check out all CD Key Stores and enjoy Diminutive today. Buy Diminutive now!

Diminutive is currently being tested in the Multiplayer Edition of the game, allowing players to fight against one another in vs mode battles, customizing their races, ships, guns and special auras to create a play-style that works for them. We are also allowing players to access Invasion Mode, becoming a cooperative combat unit, fighting off the hoards of cursed ships, trying to take over the galaxies.

The Multiplayer Edition of the game will offer modes to play ranging from 1 - 4 Players.

Vs Mode (2-4 Players): In this mode you will go through the regular multiplayer customization screen listed above, followed by selecting between multiple game modes, such as Deathmatch, Stock Mode and more. You will also have various options of maps and rules to choose from,such as time limits, score points, team battling, etc.

Invasion Mode (1-4 Players): For the "invasion" you will once again be able to customize your load-out how you desire and will then have to fight alongside your companions in various locations to find success through defeating waves of enemy/taken over ships. Collect points, upgrade your stats and DON'T DIE!

Diminutive
Shop now
Diminutive is available from 0.74 to 1.59 from 2 shops.

Masters of the World: Geopolitical Simulator 3

Romance of the Three Kingdoms 13