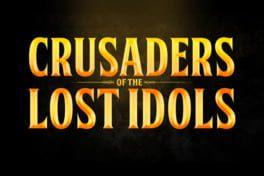 Crusaders of the Lost Idols puts players in charge of a band of fighters set in the fantasy world. Their mission is to form a mighty group of adventurers to take on waves of enemies as they rid the world of evil-doers, bad guys, terrible T-Rex, irritable escargot and Panda Claw. Yes, that’s right, a giant panda with lobster claws.

Crusaders of the Lost Idols is the only idle game to include a strategic formation feature, as players must now learn to master the art of organising their motley band into the most powerful formation possible. The position of each fighter next to his or her companions will have a significant effect on their attack strength. Combined with equipped buffs and upgrades this unique feature adds layers of deep complexity to the idle genre.

Currently no of our shops has listed Crusaders of the Lost Idols as available.